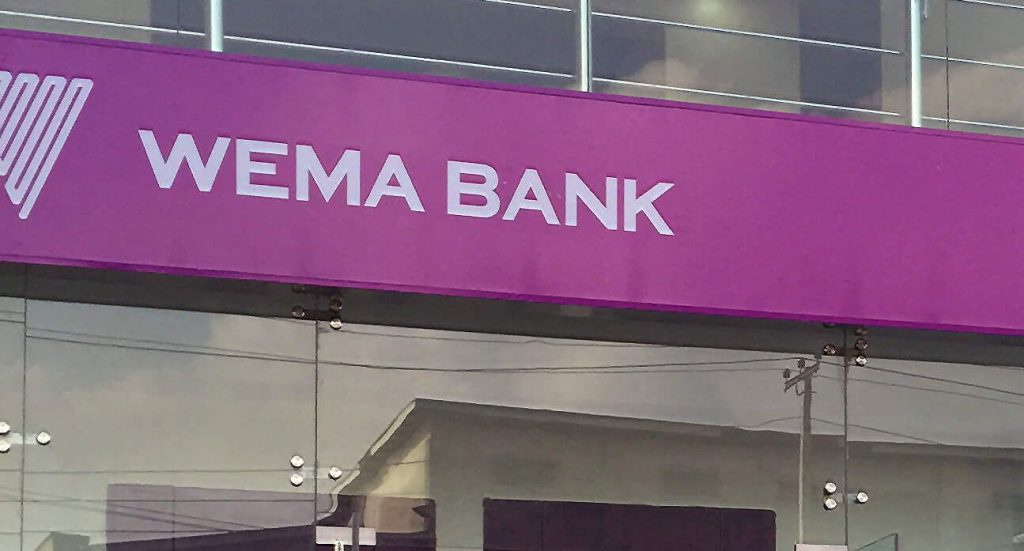 The financial institution, led by Ademola Adebise, is accused of allegedly opening accounts for some Nigerians on its digital banking platform, ALAT, without their knowledge or consent in a bid to celebrate its 5th anniversary.

Adebayo Tayo, a mental health advocate, took to his Twitter account to publicly accuse Wema Bank of opening an account in his name without authorisation from him.

Tayo lamented that he never knew he had a new Wema Bank account until his mother contacted him, because she received an alert that was intended for him – shocking, how come he owns an account he’s unaware of, and his mom receives the alert.

“I am concerned about how my info has been used by Wema Bank and I need detailed explanations about the account including every transaction it has performed before someone uses my details for an account to launder money or collect ransome, ” he stated.

Wema Bank, in response to the report, claimed the unauthorised accounts were opened for certain persons “to celebrate with us” despite not informing them ahead or receiving approval to create the accounts.

This illegal banking practice is similar to that of Wells Fargo, a United State bank, which was accused of opening 1.5 million accounts without authorisation, with over 565,000 credit cards applied for, allegedly without customers consent.

About 5,300 employees at Wells Fargo were sacked for opening the illegal accounts, and the company was fined $185 million by the Consumer Financial Protection Bureau in the United States.

The unauthorised Wells Fargo accounts were only uncovered by the affected persons when the accounts started accumulating debt from bank charges on the unsuspecting individuals.

Just as the sacked Wells Fargo employees were said to have indulged in fraudulently opening sham accounts to beat target, Wema Bank vendors and marketers may have used the same strategy to achieve the lender’s anniversary target.

That of Wema Bank is expected to also place a financial burden on the unsuspecting persons through account maintenance cost, from which the lender generated about N2.10 million last year, surpassing N1.24 million of 2020.

Recently, Mental Health Advocate, Adebayo Tayo, took to his Twitter account to publicly accuse Wema Bank of opening an account in his name without authorisation from him.

Tayo lamented that he never knew he had a new Wema Bank account until his mother contacted him, because she received an alert that was intended for him – shocking, how come he owns an account he’s unaware of, and his mom receives the alert.

“I am concerned about how my info had been used by Wema Bank and I need detailed explanations about the account including every transactions it has performed before someone uses my details for an account to launder money or collect ransome, he stated.

Following a probe into Tayo’s claim, an online publication, Ripples Nigeria discovered he was not the only one whose identity was used by the financial institution, to open accounts on its digital banking platform, ALAT by Wema, without the knowledge or consent of the individuals.

Another affected Nigerian is Oyenike Ojo, whose name was used to open an ALAT by Wema account. However, when money was sent to the account, the alert details showed another name, Oluseyi Bamgboyi as account owner – which means two different names seem to have been used to open one account.

“She also got a credit alert notification via sms with the new account number. This shows that her details were used to open that account. However I tried to do a transfer to that account this morning when I read the news only to see that the account name is Oluseyi Bamgboye and not Oyenike Ojo (which is my wife’s name). Something is definitely fishy”, he explained to Ripples Nigeria.

Ojo said his wife has an account with Wema Bank which she hasn’t used for about seven years, and the new account created in her name doesn’t seem to carry the same number with her old account.

He stressed that the unauthorised accounts opened is “definitely an inside job.”, stating , “Customer’s details are compromised and they are being used to open new accounts. Whether by marketers so as to meet targets of number of accounts opened, or for money laundering, I can’t tell.”

Ojo asked for an investigation into the illegal accounts opened by Wema Bank, saying the situation is questionable, “How Oyenike Ojo’s savings account opened without her permission has now become Oluseyi Bamgboye’s account is definitely questionable.” Ojo said, expressing his worry.

Another name used to open unauthorised account, Abimbola Fakoyejo, disclosed that he was still wondering about his unused account on ALAT by Wema, when he saw a message notifying him that an account has been opened in his name.

Wema Bank has reacted to the data abuse report, sayuing it will ensure data confidentiality of its customers.

In a statement it issued on Wednesday, Wema Bank says its attention had been drawn to recent news reports of members of the public receiving text messages with account numbers and accusing the bank of abuse of data privacy and unethical banking practice.

The bank said, “We implore members of the public that, as a financial institution, Wema Bank takes issues around data integrity and breaches seriously, and we are currently investigating the reports.

“Recently, we embarked on a massive activation campaign and wish to state that all accounts opened are valid and fit for use. We would like to reassure our customers that we keep all customer data confidential. Do note, however, that no account can be activated except by the owner of the account, when the person downloads the app and proceeds with account confirmation.

“Again, we implore everyone to keep their personal details safe as scammers are on the prowl and would use all opportunities to defraud customers. Where you think your data may have been compromised, please change all your passwords and PINs immediately,” the bank said.

“We want to assure all our customers that your financial transactions remain safe and secure with Wema Bank,” it added.