In an effort to stimulate the flow of credit to the real sector of the economy in order to reverse the nation’s over-reliance on import, the Central Bank of Nigeria (CBN) has fixed N5 billion as the maximum loan an obligor can access in its new  ‘100 companies every 100 days’ financial instrument tagged, ‘The 100 for 100 PPP — Policy on Production and Productivity,’ at an interest rate of 5% per annum.

The apex bank made the disclosure in its guidelines for the implementation of the policy, recently issued by Yila Yusuf, CBN’s director, development finance.

Under the new policy, Godwin Emefiele, CBN governor, had said the apex bank would advertise, screen, scrutinise and financially support 100 companies that are targeted private sector in 100 days, beginning November 1, 2021 with a prject loan of N5bn maximum at 5% annually.

Last week, the apex bank unveiled selection criteria for companies to participate in the initiative.

The CBN said the broad objective of the initiative is to reverse the nation’s over-reliance on imports by creating an ecosystem that targets and supports the right projects with the potential to transform and catalyse the productive base of the economy.

“Loan amount shall be a maximum of N5bn per obligor. Any amount above N5bn shall require the special approval of CBN’s management,” the document reads. 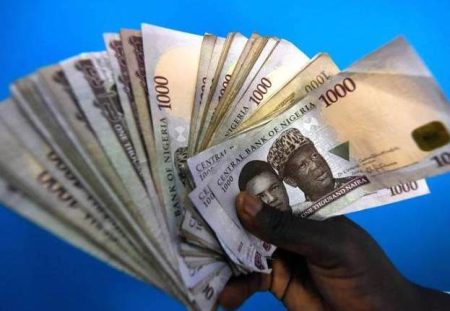 The CBN said the interest rate for the ‘100 companies for 100 days’ project funding would be at not more than 5 per cent per annum (all inclusive) up to February 28, 2022, adding that interest on the facility would revert to 9 per cent p.a. (all inclusive) effective from March 1, 2022.

On the facility’s tenor and moratorium, it said that the term loans would have a maximum tenor of 10 years depending on the complexity of the project, not exceeding December 31, 2031.

The CBN said the initiative would be funded from its Real Sector Support Facility – Differentiated Cash Reserve Requirement (RSSF-DCRR) window or any other funding window it decides to use.

“The initiative shall select 100 companies in the private sector with projects that have potential to significantly increase domestic production and productivity, reduce imports, increase non-oil exports, and overall improvements in the foreign exchange generating capacity of the Nigerian economy,” the document adds.

“The initiative, which shall be bank-led, will be rolled over every 100 days (that is, quarterly) with a new set of 100 companies selected for financing under the initiative.”

The CBN said that activities could be in manufacturing, agriculture and agro-processing, extractive industries, petrochemicals and renewable energy, healthcare and pharmaceuticals.

Others are logistics services and trade-related infrastructure such as cold chain solution, quality assurance infrastructure and any other activities as may be prescribed by the apex bank.

On the exit date, the CBN said the initiative shall be operated in the first instance for a period not exceeding December 31, 2031, depending on the complexity of the project.