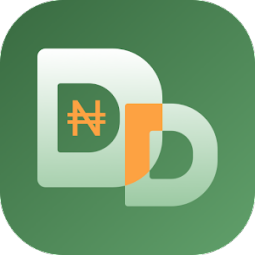 DiDi Cash is among the many quick loan apps that have taken over the digital online space in Nigeria and threatening financial inclusiveness by its very uncultured and unethical loan practices to its customers.

QUICK LOAN ARENA investigations reveal this instant cash app is one of the many loan apps hosted on Google Play Store that is violating the store’s various policy on proper ethical behaviour, infringing on customers’ right and privacy as we shall soon show and terrorising contact list of their customer even for a single day’s repayment default.

Most of these loan apps hosted on Google Play give out loan for 7 days, charge service fees and high interest rate and terrorise and threaten their customers and contacts because they already had access to their phone details. This is unethical.

Read below the latest account of a young lady of 28 living in Lagos who ran into an emergency and had to borrow money from DiDi Cash app about 10 days ago.

My name is Oluwaseye Omoyele (Not real name) and I am a small business owner living in Lagos. I ran into an emergency sometimes last week and was compelled to look for a loan app on Google Play Store where I could borrow money from in order to meet my financial obligation.

I went on Play Store and downloaded DiDi Cash loan app and filled my contact details and form. I was approved to borrow N10,000 for only 7 days tenure. Interest was N4,000 and was expected to repay N14,000 thereby after 7 days.

Unfortunately I couldn’t get the inflow I was expectating. I truly defaulted by not paying on the due date which I reached and started begging them to allow me a few days more for repayment.

However when DiDi Cash loan app official called me on Thursday and asked if I’ve made my repayment on Wednesday which was the due date, he hunged up the phone when I said I haven’t paid and before I could open my eyes, I have started receiving very threatening, abusive and curse messages from Didi Cash loan app sent to  friends, and families and my contacts. Also another official started engaging me on Whatsapp message and sending curse words and threats to my phone.

How can a business or an organization especially a finance platform be sending these type of derogatory messages to its customers? This is the height of moral and business decadence and QUICK LOAN ARENA understands this is unaccpetable business ethics which must never go without the law taking its course. We demand that Google Play Store must enfoce its rule and ban DiDi Cash from its Play Store immediately.

See below the first set of messages to me and my contacts of my phone:

DiDi Cash loan app working through its representative sent another very defaming message with my photo attached alongside and with the telephone number and contact details of my guarantor claiming we are all thieves to all my contacts on social media. My guarantor also recieved the message and begged the cruel loan app official to chill till the next day.

AS GUARANTOR WHO IS CURRENTLY ON THE RUN WITH A COMPANY MONEY UNTIL PAYMENT IS MADE THEY SHOULD NOT BE TRUSTED WITH ANY FORM OF TRANSACTION THANKS..

So yesterday (Thursday), I pleaded to pay part of the outstanding loan but the Didi Cash official insisted I paid full. After running around, I got N9,000 out of the now N16,000 because the platform insisted I have to pay additional N2,000 because of “accruing interest for 2 days”.

However I had to pay the N9,000 I had with me. The DiDi Cash loan app official started cursing me again on Whatsapp when he realised I paid only part of the money. The app official sent all manner of abuses and curses and then blocked me on Whatsapp. The loan recovery official later went online and sent another set of messages to another set of contacts on my phone.

QUICK LOAN ARENA understands that all these episodes involving Didi Cash and its customer happened in the last 2 days and we note that it’s quite embarrassing and dismaying for a loan app hosted on Google Play Store and functional in a law abiding Country like Nigeria to be displaying such untowards and unethical practice.

We call on Google to remove DiDi Cash App from its Play Store with immediate effect. To this effect we have made a formal report to Play Store about the unethical practices of this loan app.

First it has violated its policy on privacy of customers. Secondly it has also violated Google Play policy on ethical practices of loan apps hosted on its store. Thirdly it has violated Google policy on minimum loan tenure used by loan apps hosted on its Play Store for customers. The minimum according to Google Policy is 60 days tenure but Didi Cash and many of these loan sharks charge very high interest and service fees with a contravening tenure period of just 7 days. This is unaceeptable.

Finally we call on the Central Bank of Nigeria (CBN) and regulatory authorities in the country to enforce local laws and call these predatory loan apps to order. Many of them we have featured on our page.