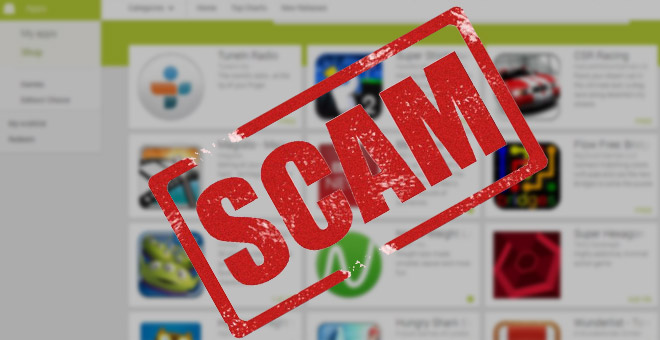 News reaching QUICK LOAN ARENA indicates that Google has just removed and banned 150 scam apps from its Play Store. The apps were part of the UltimaSMS campaign and hidden in the garb of a keyboard, camera filter and other utility-based apps. The apps would sign users for expensive premium SMS services.

Shocking as it may seem, but over 10 million users across the globe were reportedly affected by these SMS scam apps. These 150 dangerous apps were duping users and were banned by Google Play Store. The discovery for these apps was made by cybersecurity firm Avast. Moreover, the apps were replicas in structure and functionality albeit stealing users’ money and other confidential data in the background.

Cybersecurity software company Avast has been reporting on a scam campaign dubbed UltimaSMS in recent weeks. According to Avast, 150 apps were part of the premium SMS scam campaign. These fake Android apps disguise themselves as legitimate tools, from photo editors and camera filters to games and QR code scanners. Their intent is to get victims to sign up for expensive SMS services. It can all happen in the blink of an eye. Before you know it, you’ve lost money that you might not be able to recover.

As Avast explains it, when a user downloads these scam apps from Google Play Store, the app checks their location, IMEI number, and phone number to determine which country area code and language to use for the scam. Once the user opens the app, a screen in the local language of their device is set to prompt them to enter their phone number, and in some cases, email address to gain access to the app’s advertised purpose.

Upon entering the requested details, the user is subscribed to premium SMS services that can charge upwards of $40 per month depending on the country and mobile carrier. Instead of unlocking the apps’ advertised features, these apps either display further SMS subscriptions options or stop working altogether. The sole purpose of the fake apps is to deceive users into signing up for premium SMS subscriptions.

Even if the user chooses to uninstall the scam app, the damage is done. The user is subscribed to the premium SMS services and they get billed accordingly.

red some tips to help users to protect themselves from such SMS scams on these dangerous apps. Take a peek:

1. Disable the premium SMS option with your carrier. Disabling this option will nullify the UltimaSMS scam.

3. Don’t enter a phone number unless you trust the app.

4. Read the fine print available in the app details before entering details.

These scam apps are a huge problem that can affect anyone. How much attention do you really pay your phone when you download and install a new app? In the blink of an eye, you can start losing money from fake Android app scams like these. It’s so important to always remain vigilant.

If you’re wondering which specific apps you should be on the lookout for, you’re certainly not alone. After all, this is a very serious issue that can cost you money if you have any affected apps installed on your smartphone. Here are some of the most common fake Android apps that people installed on their phones:

You should check the full list of scam apps to make sure you don’t have any on your phone. If you do find any of the scam apps from that list on your phone, delete them immediately.

It goes without saying that scam apps are always going to make their way into the Play Store. Google’s protective measures are nowhere near as secure as the iOS App Store, and even the App Store has problems of its own. We see issues like this pretty regularly in the Play Store though, so Android users need to be cautious. Most recently, security experts found six dangerous fake Android apps back in June.

Avast recommends deactivating premium SMS options with the operator to make UltimaSMSScam ineffective. It also asks users to read reviews carefully before downloading any app willy nilly to beware of its true purpose.

Moreover, only if the app is truly trusted, should you share your personal information with it. Also, make sure to read the fine print before filling up applications. And as always, it’s best to download from official app stores such as Google Play Store and Apple App Store.