GGmoney loan app: Why you should avoid a loan from this app 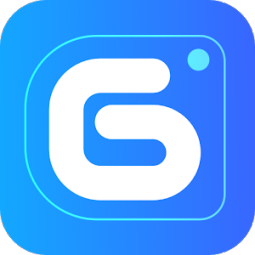 QUICK LOAN ARENA is at the forefront of the campaign against loan sharks for their several unethical and untowards practices towards its customers and their contacts’ list which is beginning to gain momentum as the Federal Government is beginning to pay close attention to their activities.

Recall that QUICK LOAN ARENA published series of awareness and news report about the activities of these loan apps and in some cases mentioned names of some of them and even taking it further by alerting Google Play store that hosts most of them which has resulted in Google removing some of the questionable apps from its Play Store.

GGMoney: Why you should avoid a loan from this app

Right now the advocacy is getting stronger and the Federal Government of Nigeria is already looking at sanctioning some of them that have violated the data privacy rights of the citizens.

QUICK LOAN ARENA however will not relent until all these loan sharks are brought to book and we have decided to keep exposing them. One app that must be avoided by all means is GGMoney. This app is guilty of abusing the data privacy rights of its customers all in the name of ‘recovering their loan’.  GGMoney has been reported on several occasions for numerous unethical practices from the company and its untrained staffs coupled with its high and astronomical interest rate.

See below one of the messages this loan app, GGmoney sent to the contact list of a customer… 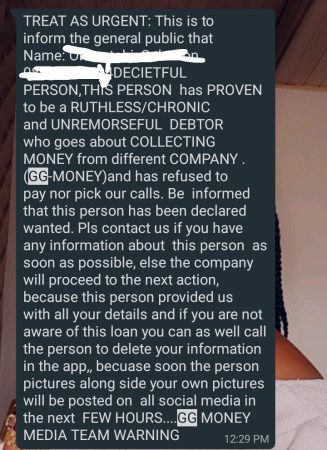