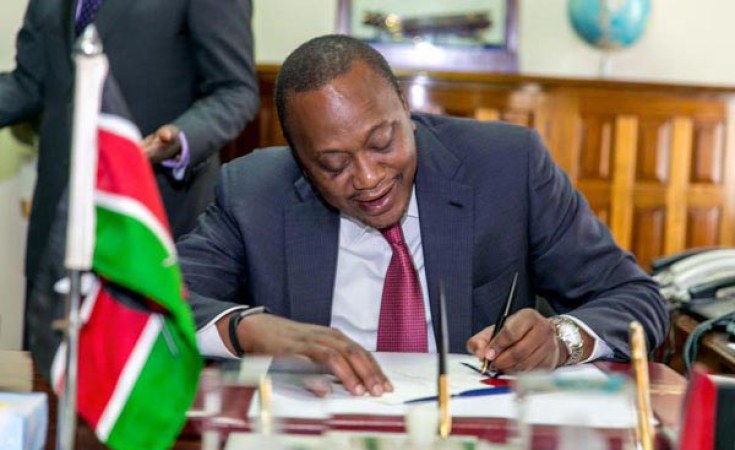 NAIROBI (Reuters) – Kenya’s President Uhuru Kenyatta approved a change in law that will allow the central bank to regulate digital lending apps and quick loan companies, his office said on Tuesday, a move that will give the bank power to rein in lenders who violate consumer privacy.

Kenyatta’s office said in a statement he had signed into law the Central Bank of Kenya (Amendment) Bill.

“The amended Central Bank Act, 2021, gives the Central Bank of Kenya powers to license digital lending apps and companies in the country as well as ensure the existence of fair and non-discriminatory practices in the credit market,” it said.

The law gives the central bank power to control the digital lending apps following complaints from customers and borrowers who have been constrained to pay annualised interest rates of more than 100%.

Users of mobile phone-based micro-lenders, which include the Silicon Valley-backed Tala, have surged to 2 million in 2019, from 200,000 in 2016, the central bank says.

Up to now, the dozens of lenders and digital lending apps were not covered by any of the existing laws.

“This is to provide the central bank with the authority to regulate the digital lenders. This is something which has been long overdue, that we’ve come all this way and we are looking forward to it becoming law and to ourselves fixing this lacuna that has been here for quite some time,” Central Bank Governor Patrick Njoroge told a virtual news conference in late November.

Apart from charging high interest rates, consumers say the digital lending apps have been infringing on their data privacy by bombarding the contacts they have saved on their mobile phones with calls and messages when they default.

Njoroge ruled out using the law to regulate interest rates the lenders would charge.

“If you mean ourselves having caps, obviously the answer is no. We are not going to that part of the world again,” he said, referring to commercial lending rate caps that ran between 2016 and 2019.