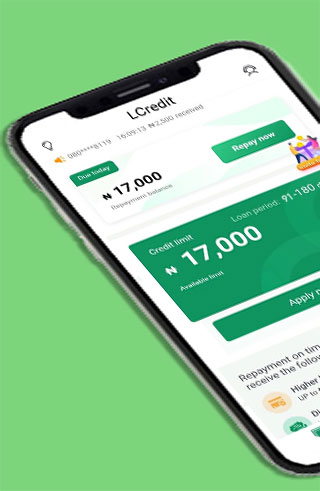 LCredit loan app, the lending platform that was blacklisted by Google and removed from its Play Store after the internet giant detected it was spying customers’ vital contact information and banking details, is still threatening and blackmailing its customers that are due for repayment, QUICK LOAN ARENA investigations have revealed.

Customers who downloaded and have the LCredit app on their android phones were warned by Play Protect the security system of Google that detects spyware and malware to uninstall the app from their phones about 2 weeks ago for breach of data privacy policy.

However customers who are still owing the lending app who spoke with QUICK LOAN ARENA confirmed that they are still being threatened to pay up immediately whatever they are owing else they and their families will receive “the shock of their lives” as they will be exposed as criminals on social media.

One of LCredit customer, Mr Oluwole Bolodeoku (not real names) who is an hospitality consultant and lives in Lagos told QUICK LOAN ARENA that he is still owing the loan platform about N100,000 and he has been making repayment on a weekly basis of N5,000 but he was threatened this afternoon to pay all outsanding or else he, his wife, children and family members will be pictured and tagged criminals and posted on all social media platforms.

“LCredit sent me a whatsapp message this afternoon and attached my photo with that of my wife and family members and some of my contacts threatening to post them on all social media platforms from tomorrow except I make immediate repayment of all outstanding,” Mr Bolodeoku told QUICK LOAN ARENA on the phone this afternoon in a lamentable voice.

Yinusa Gbenga (not real name) decried the treatment he got from LCredit few days ago. He told QUICK LOAN ARENA that he collected N6,000 from the banned loan app two weeks ago to repay N8,000 in 7 days time. He adds that he had paid N5,000 leaving N3,000 to balance, when he read from this medim that the app has been blacklisted by Google and should be uninstalled.

Yinusa adds that the LCredit Platform is still active and he expressed surprise that it has been banned on Google Play. Many other customers told QUICK LOAN ARENA that the platform still keeps calling them asking for their balance to be paid even though the app is blacklisted from Play Store.

QUICK LOAN ARENA understands that it’s high time customers started boycotting these loan apps that are always quick to send threat and blackmailing messages to their patrons and their contacts even on the first day of default. There must be a minimum ethical behaviour required between a lending platform and its customer even in times of repayment default. Any loan app that involves in shaming and threatening its customers should be boycotted henceforth by Nigerians, reported to Google Play Store and the regulatory authorities.

Are you a customer of LCredit? Are you still owing them money after the Google ban on their app? Are they still harassing you for payment? Please share your experience with us in the comment section below.