Dollar To Naira: Naira Drops To N700/$1 In Historic Collapse 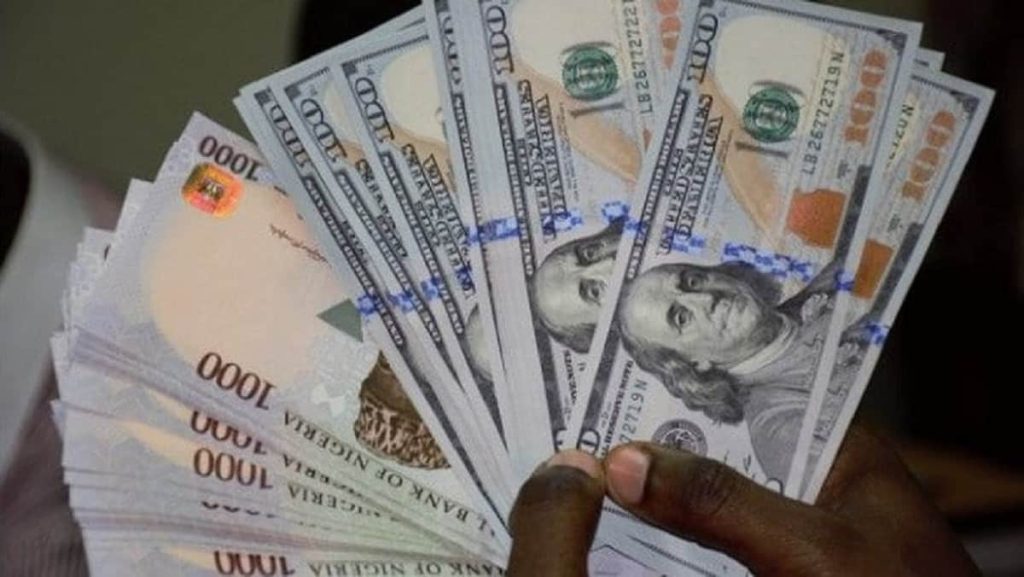 QUICK LOAN ARENA reports that the Dollar to Naira at the end of today Wednesday, 27th, July, 2022 currently stands as N700/$1.

The exchange rate between the naira and the US dollar drops to a record low at N700/$1 at the Black Market, otherwise called Parallel Market, according to findings by QUICK LOAN ARENA from Bureau De Change operators today.

The exchange rate between the naira and the US dollar has dropped beyond the N700/$1 threshold at the Black Market (parallel market) on Wednesday, 27th of July 2022, despite starting the day at N675/$1. This is according to information from Bureau De Change operators in Lagos State.

Similarly, at the cryptocurrency P2P Exchange market, the rate has fallen to N702.8/$1, a 5.4% depreciation compared to N667/$1 recorded in the previous trading session. Naira has been under immense pressure in the past two weeks, falling from an average of N618 to a dollar recorded two weeks ago.

Bureau De Change operators have cited a lack of FX and a surge in demand for the recent uncontrolled uptrend recorded in the market.

While the exchange rate is experiencing huge volatility and disparity at the unofficial markets, the Investors and Exporters window, where forex is traded official has also seen some level of a downtrend in recent weeks, albeit controlled.

Notably, the naira fell to N431/$1 at the I&E window on Tuesday’s trading session, the lowest rate recorded since the beginning of the year. This is following the recent decline in the volume of FX available in the market. On Tuesday, only about $58.03 million in FX value exchanged hands, representing a 35% decline compared to $89.8 million that was traded the previous day.

Some BDC operators have blamed the volatility in the parallel market on the fragmented and disorganized state of the market. Some have also blamed it only significant rise in demand as a result of panic buying.

Meanwhile, some P2P exchange markets traded at lower rates this morning. For example, on Trove, the exchange rate was stated at N665 to a dollar, while Bamboo was N655/$1. It is also worth noting that N685.5/$ is the lowest rate stated on Binance.

According to Investigations by QUICK LOAN ARENA, the Nigerian Naira continues to suffer terrible plunge with respect to the United States Dollar as the Dollar to Naira today exchange rate stands at N700/$1.

1. How Much Is Dollar To Naira Today ?